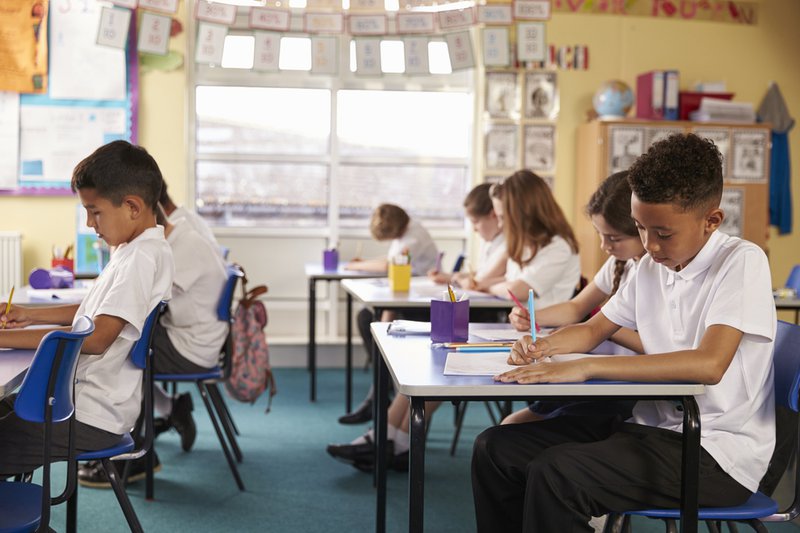 Last month, the U.S. Department of Education (ED) released a report highlighting the educational landscape for English learners (ELs) and how Title III funds are being used to support their learning. The Biennial Report to Congress on the Implementation of the Title III State Formula Grant Program is mandated by law and provides data from all 50 states plus the District of Columbia and Puerto Rico on a variety of indicators including funding, demographics of the EL subgroup, language programs for ELs, accountability metrics for current and monitored former ELs and teaching staff to work with ELs.

Importantly, the report provides evidence that the EL student population is growing: Between 2002 to 2013, the number of ELs grew from approximately 4.3 million to 4.9 million (an increase of 13.6 percent). By contrast, increases in the EL student population have not always coincided with a proportional increase in funding. Funding for Title III actually decreased between the two years (SY 2012-13 and SY 2013-14) covered in the report from $675 million to $640 million. This difference may be due issues with the data used to track EL enrollment. Specifically, Title III funding is not based on state data collected by ED (which includes direct counts of students), but rather on census data from the American Community Survey which draws from samples of the larger population and so may underestimate for ELs (for more on these data issues, see here).

The newly released report contains data from the 2012-13 and 2013-14 school years and so includes accountability provisions that have since been updated with the passage of the Every Student Succeeds Act (ESSA) in 2015. Even though the data are a few years old, they still present a picture of states’ progress in meeting key objectives in three areas: the percentage of ELs making progress in learning English, the percentage of ELs attaining English proficiency each year, and progress on state standardized assessments in English language arts (ELA) and mathematics. The results included in the report are middling at best with only one state — Alabama — meeting all three benchmarks across both years. And just six states (Alabama, Kentucky, Montana, Pennsylvania, West Virginia and Wisconsin) reached all three targets in SY 2012 as did five states (Alabama, Indiana, Mississippi, New York and Virginia) in SY 2013.

These findings are not surprising given the documented opportunity gap for EL students. Some researchers have argued that this is the gap that can’t go away as EL status is temporary and developmental in nature and the EL subgroup is always in flux (For more, see New America's report Seeing Clearly: Five Lenses to Bring English Learner Data into Focus ). However, it may be worth taking a closer look at the states that did meet all three targets to learn more about what’s behind the data.

The report also includes data on the performance of monitored former English learners (MFELs). These are students who have achieved English language proficiency and no longer receive Title III-supported language instruction educational services. Title III mandates that state educational agencies (SEAs) report on the progress made by MFELs during a period of 4 years after these students are no longer receiving language services. However, the majority of states do not include the performance of former ELs in public facing data systems, which makes it challenging to get a full picture of these students’ long-term outcomes. Data from the National Assessment of Educational Progress (NAEP) shows that former ELs tend to perform as well and in some case even better than students who were never ELs on measures of reading achievement.

MFELs showed variable performance across states, with only fifteen states reporting increases in the percentage of former ELs who scored proficient or above on the state reading/language arts assessments. The results in mathematics were worse: 26 SEAs reported a decrease in the percentage of MFELs scoring proficient or above on the state mathematics assessments. These data points could be a sign that some states are exiting EL students prematurely due to weak reclassification criteria. Relatedly, they could also be indicative of the challenges that states face in providing MFELs with ongoing supports once they lose the EL label and related language services.

Finally, states also reported on the types of language instruction educational programs (LIEPs) offered to ELs, selecting from a list of 10 options. These options included bilingual and English-only program models. A majority of states and the District of Columbia reported offering dual language programs that provide ELs with content instruction in English and a partner language (e.g. Spanish, Arabic, Chinese). The languages offered in these programs varied form Spanish, French, German, Chinese, Portuguese, Arabic and Native American languages such as Navajo and Yup’ik. However, these data may not tell the full picture as some states, such as Maryland and Delaware, that do have dual language programs reported that they did not offer these programs as part of Title III services for ELs. A total of 10 states reported that they only offer programs focused on developing ELs English language proficiency.

Taken together, the report provides a high-level view of how states are using Title III funds to support their EL students. The data included are simply snapshots and do little to reveal the nuances of designing and implementing effective instructional approaches for supporting ELs’ language and academic development. But they do provide fodder for advocates and policymakers to help identify potential strengths and weaknesses in the current system.