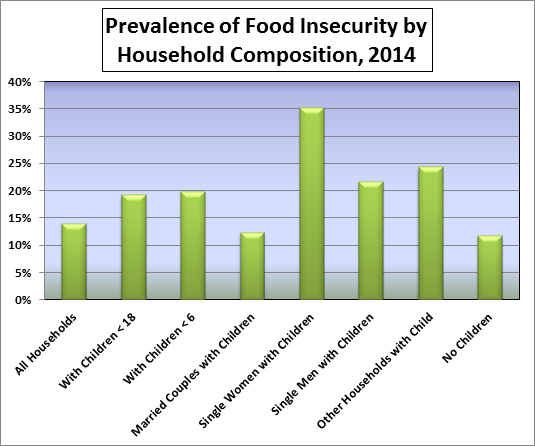 The House introduced a bill on April 20th that would reform child nutrition programs to provide states and schools with more flexibility to manage their school lunch programs. If passed, this proposed bill would tighten the eligibility standards of the Community Eligibility Provision (CEP)-- a successful school nutrition program for high-poverty schools-- which would decrease the number of schools that can provide free meals to needy students.

A school with 40 percent or more of its population living in poverty-- taking into account homeless children, children in foster care, and those in families that qualify for other means-tested programs-- is currently eligible under the CEP to provide all students, regardless of family income, with free breakfast and lunch. This provision was introduced under the Healthy, Hunger-Free Kids Act of 2010, which sought to expand policies that support child nutrition, particularly in schools that have large populations of students living in poverty.

The CEP was initially phased into a few states during the 2011-2012 school year, and was expanded to all eligible schools nationwide in the 2014-2015 school year. According to a report released by the Food Research and Action Center (FRAC) and the Center for Budget and Policy Priorities (CBPP), the CEP currently exists in more than 18,000 high-poverty schools, which comprises 3,000 school districts and reaches 8.5 million students. The proposed bill would change CEP standards to include schools with 60 percent or more of the student population living in poverty, rather than 40 percent. The stated purpose of this reform is to “better target resources to those students in need,” yet the proposed changes would actually have an adverse impact on many needy students in high-poverty schools. It is estimated that 7,000 schools around the country would lose their CEP eligibility if the proposed bill is enacted.

Before the CEP became an option, high-poverty schools had to differentiate students based on need. The students would be categorized as eligible for free lunch, reduced-cost lunch, or full-priced lunch. This created unnecessary stigma as certain students had to produce documentation in the school lunch line proving their low- or moderate-income status. In some cases, school administrators expressed concern that poor students were simply choosing not to eat rather than be subjected to the stigma of proving that they were experiencing food insecurity. The CEP improved participation in school lunch programs-- the schools participating in the initial pilot program saw a 9.4 percent increase in school breakfast participation and a 5.2 percent increase in school lunch participation after enacting the CEP.

Destigmatizing free school meals and increasing student participation in the program isn’t the only compelling reason to maintain the CEP as it is. Schools no longer have to collect and verify meal applications or pursue unpaid lunch fees because all students are eligible to eat for free. The free school meal program becomes more affordable because schools can purchase supplies in larger quantities when more students participate in the program, decreasing the cost per student. There are clear benefits for both child nutrition and program administration. The CEP has also introduced more equity in schools with large populations of economically disadvantaged students. The proposed child nutrition bill is misdirected because it will reduce the program’s positive impact on students from disadvantaged families."