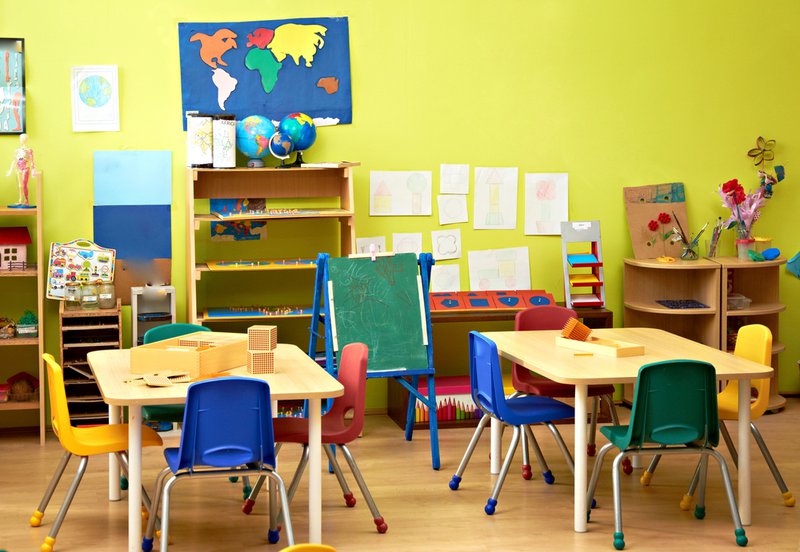 As children around the country head back to school, a new report from the National Center for Education Statistics (NCES) sheds light on the educational experiences of kindergarten dual language learners (DLLs). Around one in six kindergartners is a DLL who is in the process of learning English while still developing proficiency in their home language. These early years are essential: Research confirms that DLLs’ progress learning English in their early years has an impact on their later educational outcomes.

The NCES report draws on data from the kindergarten class of 2010-2011, tracks them over a two year period, and examines the characteristics of DLLs compared to those of non-DLLs, as well as the types of English language instruction programs DLLs receive.

According to the report, 11 percent of the 2010-11 kindergarten class participated in English language programs. Of those, 80 percent were Latino, 57 percent were living below the poverty line, and 35 percent had parents with less than a high school education. By comparison, their peers who were not enrolled in an English language program were 17 percent Latino, 20 percent lived in households with income below the poverty level and five percent had parents with less than a high school degree. DLLs were also more likely to attend schools with high minority enrollment: 84 percent compared to 37 percent of DLLs. Taken together, these statistics are in-line with larger demographic trends, which document that DLL/EL students are more likely to grow up in poverty and exposed to other risk factors that can influence their success in school.

The report also describes the different English language program models and the percentage breakdown of participation in each. For example, 60 percent of the kindergartners in the study sample who participated in an English language program were in an English as a Second Language (ESL) program. These models emphasize the acquisition of English and provide few (if any) supports in students’ home languages. Only 27 percent of DL kindergartners were enrolled in a bilingual education program which use EL students’ home languages to help bridge and support their acquisition of English. Eight percent were enrolled in a dual language program (also known as a two-way immersion program) that provides academic instruction in English and a partner language such as Spanish, Arabic and Mandarin to both native English speakers and native speakers of the partner language.

There are long standing debates over which language instructional model is best for DLLs as each brings different benefits. The focus on English language acquisition makes sense given that the goal of instructional programs for DLLs is to ensure that they develop the proficiency in English necessary to meet academic benchmarks and graduate from high school ready for college and careers. However, a growing body of research demonstrates that DLLs can thrive in school without sacrificing their home languages.

As the recent National Academies consensus report on English learners states, a growing body of research demonstrates that “ELs who develop high levels of proficiency in both [their first language] L1 and English relative to those with low levels of bilingual proficiency are more successful at closing the achievement gap in reading with their native English-speaking peers.” Other recent studies suggest that DLLs enrolled in dual language immersion programs have higher levels of achievement and rates of reclassification (e.g., achieving English language proficiency and exiting EL status) than DLLs enrolled in other types of instructional programs over the long-term.

Despite these benefits, there are several reasons why DLLs have lower rates of enrollment in bilingual and dual language programs than in English-dominant models. First, parents of DLLs may not be informed about the different bilingual and dual language programs available to their children. Lacking information, parents end up enrolling their children in whichever program the schools place their children or whichever program their neighborhood school offers.

Parents may also be concerned that their children will not succeed academically in English if they are in a bilingual program. In one dual language kindergarten class, parents asked, “Pero…¿Cómo le va a ser mi hija/o para aprobar todos sus exámenes que debe de tomar en ingles?” (But…how is my child going to pass all of those tests in English?). This concern came from parents of who were thinking about leaving dual language programs to enroll their children in an English language instruction program. Academic accountability, measured primarily using state assessments in English, may be a factor in parents’ desire to enroll students in English-only language programs for fear that they will not be able to perform well on these high-stakes tests.

Most importantly, many DLLS may lack access to dual language immersion programs. While these programs are growing, they still represent a small share of the instructional programs available to DLL students and are challenging to bring to scale. Only a handful of states actually mandate bilingual instruction for DLLs. In New York, school districts and/or schools that enroll at least 20 students in a grade who speak the same home language must offer a bilingual program. New York City Public Schools has embarked on a rapid expansion of bilingual and dual language programs -- partly due to the fact that they were under a corrective action plan for failing to meet state requirements for educating DLLs -- and has opened over 200 programs in the past four years.

The NCES report finding that English as a Second Language programs continue to be the dominant instructional option offered to young DLLs (is a useful reminder that states and districts need a lot of support catching up to the research on best practices for DLLs). The findings can be used to help encourage more states and districts to consider ways to support DLLs’ home languages and help them become bilingual and biliterate.