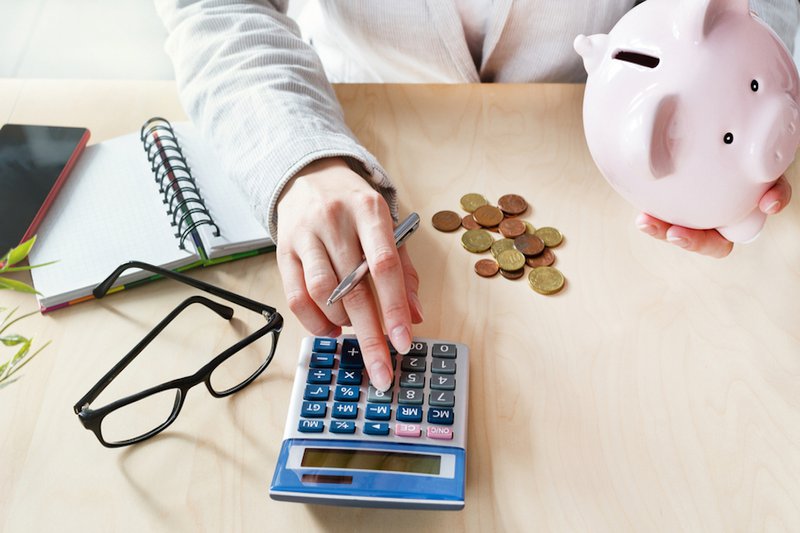 It’s not difficult these days to find a story in the news about how the child care industry is on the brink of collapse due to financial hardships imposed by the coronavirus pandemic. In April, 60 percent of child care programs fully closed, necessitating many providers to furlough employees. As programs begin to gradually reopen, providers are facing increased costs due to the need for smaller group sizes, lower child-staff ratios, and higher spending on sanitation. Because these financial realities could quickly lead to closure for many programs, there truly is “no going back” to the way early care and education (ECE) were financed in this country before the pandemic.

Instead, it’s time for bold financing approaches to build a system of high-quality ECE programs across the country staffed by a well-compensated workforce trained to do the complex work of educating young children.

Luckily, we don’t have to start from scratch. In its 2018 report, Transforming the Financing of Early Care and Education, the National Academies of Science, Engineering, and Medicine put forward a bold new vision. To help make this report more accessible, early in 2020 New America released a multimedia guidebook which pulls out key takeaways and ideas, elevates important concepts, and brings context to the dollar amounts discussed in the report. While the report and guidebook were published before the onset of the pandemic, rethinking the financing of early care and education is needed now more than ever.

Below I highlight three sections of our guidebook worth revisiting as we work to build and finance a better ECE system for all children and families:

In this section of the guidebook, we explain the assumptions made by the financing committee in arriving at the total cost of offering accessible and affordable ECE with a highly qualified workforce, which the committee estimates to be about $140 billion per year. For example, this cost estimate assumes child-staff ratios recommended by the National Association for the Education of Young Children (NAEYC) and includes compensation for all staff that reflects their education level, qualifications, and responsibility. The cost estimate is for full-day ECE services for a full year (40 hours per week, 52 weeks per year). This section also explains the types of costs incurred when providing high-quality ECE, such as personnel costs and costs for professional development. Finally, this section explains how the cost of providing high-quality ECE is distributed between the public sector and contributions from families under different scenarios. Other organizations have also created cost estimate tools for different pieces of ECE and you can find some of those in the Tools and Resources section.

Putting it into Context

The $140 billion per year funding figure is put into context by comparing that amount to how much is spent on ECE by other developed countries. Currently, the United States puts less than 0.5 percent of its gross domestic product (GDP) towards ECE. On average, countries in the Organization for Economic Cooperation and Development (OECD) spend about 0.8 percent of GDP on ECE. Even if the United States were to spend the recommended $140 billion to transform the financing system the country will still be spending only about 0.75 percent of total GDP on ECE, less than the current average among developed countries. 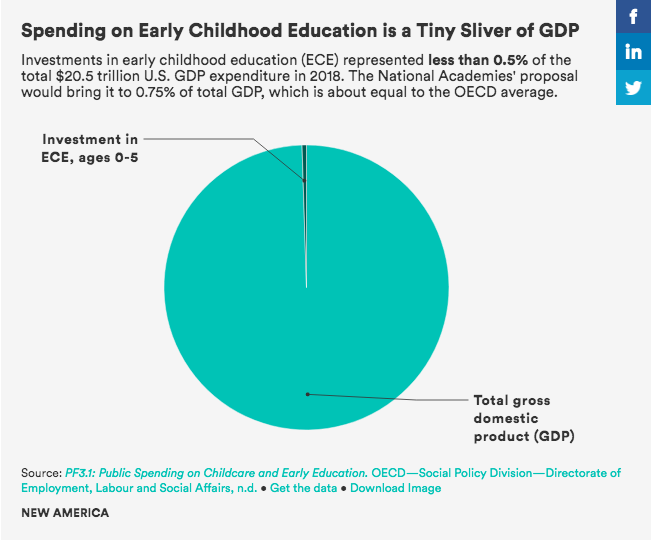 It’s also important to put the $140 billion figure into context by understanding how it compares to total spending by the U.S. government, which amounts to about $4.8 trillion. Interest payments on the national debt are estimated to total $378 billion in FY 2021, for example, more than double what would be required to transform the nation’s ECE system. The annual Kids’ Share report is helpful for understanding how public funds are spent on children. The report finds that, as a share of the economy, federal investments in children fell to 1.9 percent of GDP in 2018, the lowest level in a decade. Medicaid is the largest source of federal support for children, followed by the child tax credit and the earned income tax credit. Children’s programs are projected to receive only 3 cents of every dollar of the projected $1.5 trillion increase in federal spending over the next decade.

Places to Learn From

Finally, in the Places to Learn From section of the guidebook, we highlight promising examples of states and countries that are doing the important work of addressing the many challenges outlined in the financing report. For example, bills in six states this year specifically addressed the importance of raising wages for early educators. In Rhode Island, a task force made a series of recommendations focused on improving compensation for the infant and toddler workforce. These recommendations include using a statewide target wage scale linked to education levels, conducting a public education campaign to highlight the need for improved compensation, and funding a wage supplement demonstration project to help programs retain qualified and effective educators.

When the guidebook was published in March many governors had recently included funding increases for ECE in their budget proposals. Of course, the coronavirus pandemic is now hitting state budgets hard and we’re already seeing several states, including California and Colorado, starting to consider backing away from promises of higher ECE funding. However, it’s still important to understand the previous budget promises made by states so that these ideas can be revisited once the economy begins to show signs of a sustained recovery.

It’s clear that the financial reality of 2020 is quite different than when the financing report was released two years ago. But at a time when ECE advocates are pushing for $50 billion in bailout funds to keep the industry afloat and young children are likely to return to providers with greater needs than ever, the financing report’s call for sustained, increased funding to transform early care and education and ensure a high level of quality is one that shouldn’t be ignored.