Improving Transfer in the Age of Free 2-Year College 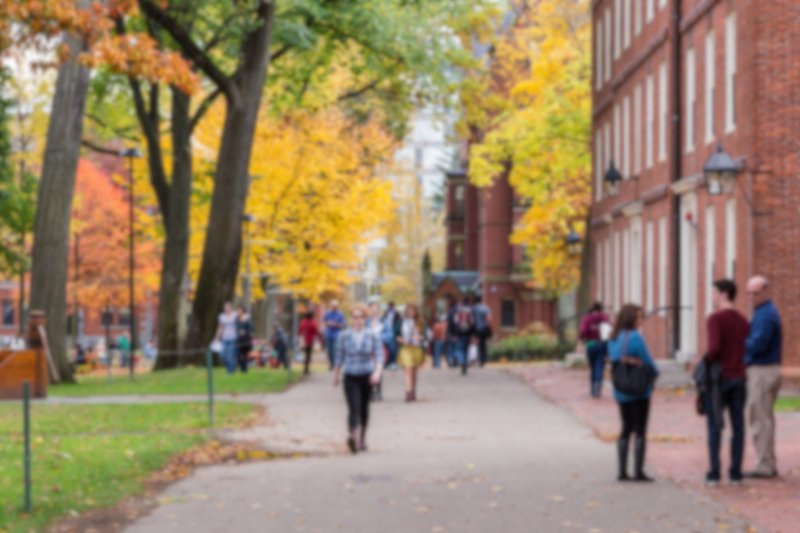 The vast majority (80%) of community college enrollees say they intend to earn a bachelor’s degree or more. Doing so is in their financial best interest, too—bachelor's degree holders, on average, have a 31% lifetime earnings premium over associate's degree holders. Unfortunately, the 6-year bachelor’s degree attainment rate for these students is notoriously lousy and, for many, the transfer process plays a significant role.

Historically, transfer students have largely been left to their own devices. Even when students do get help on planning to transfer, advising often misses the mark. “The general advice that students get who don’t know what they want to major in is ‘You can put that off and get your gen eds out of the way,’” says Dr. Davis Jenkins, Senior Research Scholar at Columbia's Community College Research Center and one of the authors of last year’s The Transfer Playbook. Advice like this leads students to accumulate credits haphazardly rather than helping them transfer into a 4-year school with junior standing. Even if students avoid this trap, they still might have a hard time finding the right courses for a seamless transfer. “It isn’t really feasible for community college students—especially those who are the first in their families to attend college—to set up a meeting with, say, the dean of business at the local university and ask ‘What should I take to make sure my credits apply to your program?,’” says Jenkins.

As free 2-year college programs expand and bring with them increases in community college enrollment, prioritizing transfer will become more urgent. More students will arrive less prepared and requiring more support, and higher enrollments will stretch community college’s already thin budgets for student supports. There’s also evidence that free college programs are leading students who otherwise would have enrolled in 4-year institutions to start at 2-year schools instead. For these students, if transfer pathways are poorly designed and implemented, free college may end up doing more harm than good. If states are going to encourage students to start at community colleges, they need to ensure students can successfully transfer out and finish a bachelor’s degree.

A Closer Look at Tennessee

Tennessee, the state that has led the way in the free college movement, has been working to improve the transfer process even before the arrival of its free college program, TN Promise. In 2010, the state introduced TN Transfer Pathways and implemented common course numbering to decrease excess credits and streamline transfer. If a student follows a pathway, they’re guaranteed the credits will count toward their major at participating 4-year schools. All of Tennessee’s public schools and most private schools participate. To further improve student outcomes, the Tennessee Board of Regents’(TBR) Academic Foci initiative requires every student at TBR schools to enroll in a specific program or broader academic focus area.

Although not explicitly designed to ease transfer, at some 4-year schools, students can pursue Promise-eligible 2-year degrees and eliminate transfer altogether. Most of these 2-year degrees are vocationally focused, but several are what many would consider “transfer degrees” such as Austin Peay's AS in Liberal Arts. Students can pursue this degree at Austin Peay and seamlessly move to a bachelor’s degree once their TN Promise grant is exhausted. 2-year students have access to the same courses and the same faculty advisors as their 4-year peers, but had they declared for a 4-year degree as freshman, they wouldn’t have received Promise funding. It looks like at least some students are taking notice. Austin Peay has seen a very significant rise in new enrollments in their 2-year programs, although the university doesn’t attribute it entirely to TN Promise.

These are good first steps, but they aren’t perfect. Creating transfer pathways and requiring students to choose a major or academic focus aren't enough on their own. Advising is still crucial for the success of transfer students, so institutions have to allocate the staff and funds necessary to meet each student’s needs—a challenge in its own right.

Geography can be limiting, too. Not every pathway is offered at every community college, nor does every community college partner with every 4-year school. For dual admission, depending on the distance between campuses, students might not be able to reasonably access the resources of a 4-year school. For example, while Northeast State Community College has several dual admission partnerships, students are probably much less likely to take advantage of campus resources at the University of Memphis, almost 500 miles away, than at East Tennessee State, under 20 miles away.

From a cost saving perspective, it’s unclear how much students will actually save by starting at community college. Depending on how institutional aid is allocated at 4-year schools, students could see some of those savings go away since upperclassmen—including transfer students—generally receive less generous financial aid. Also, TN Promise won’t foot the bill for any courses dual admission students take at 4-year schools, even while pursuing their 2-year degrees. Going the route of a 2-year degree at a 4-year school comes with its own cost challenges: students pursuing these routes only receive an award up to the average cost of tuition and fees at community colleges in the state, which may not fully cover tuition**. Students also live on campus just like bachelor’s degree seekers, adding to the college experience but also driving up costs, so it isn’t a fit for every student.

Tennessee's 4-year schools have been concerned about shrinking freshman enrollments and have taken action to compete. But going forward, rather than competing for the same freshman, schools (and policymakers) need to realize that embracing transfer students helps schools fulfill their missions and makes business sense. Dr. Jenkins of CCRC explains “By working with community colleges to strengthen transfer pathways for students who start in 2-year colleges, 4-year schools can build a supply of directed and well-prepared students—many of whom would never have come to them directly. They can thus broaden their market and increase enrollment.”

Schools in Tennessee should consider partnerships that meet students where they are rather than requiring students to come to them. Some 4-year schools in Tennessee already offer bachelor’s degrees at a few 2-year campuses, but this could be expanded. Tennessee could also go a step further and allow community colleges to award bachelor’s degrees independently, although this brings its own concerns. Another solution could be allowing students to use Promise awards for 2-years of their bachelor’s degree at any institution, eliminating the 2-year degree step for those who aren’t interested in that credential. Ultimately, to reach every student Tennessee needs a blend of these strategies paired with high quality advising that starts in high school.

Tennessee’s existing policies should help the first cohort of TN Promise recipients hoping to transfer do so smoothly, but there’s no guarantee these improvements can handle the increased enrollment TN Promise has created. At this point, data on transfer rates for students intending to earn bachelor’s degrees isn’t currently available in the state, but is something policymakers will want to keep an eye on. And if Tennessee wants to stay at the head of the free college class, it will need to continue working on improving transfer.

* Some partnerships allow students to take courses at the 4-year institution as well.
**Cumberland University has lowered its tuition and fees to be fully covered by TN Promise.