Time for a Closer Look: Apprenticeships in American high schools 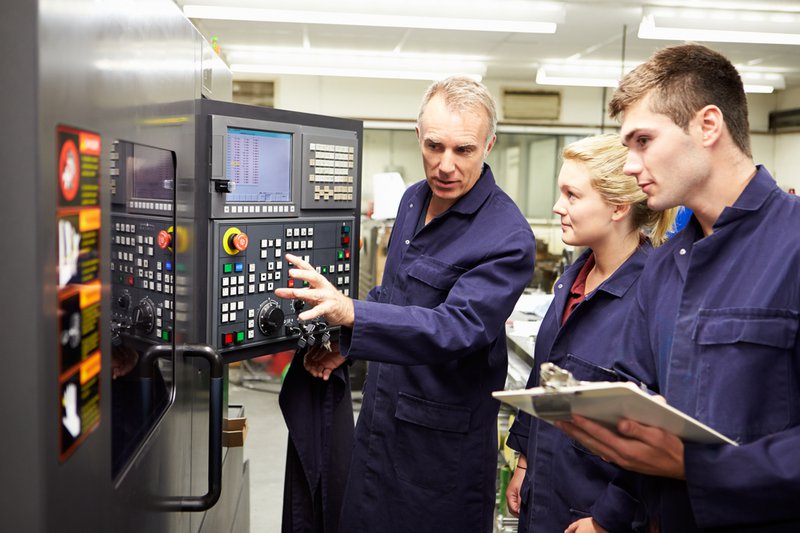 In a welcome bit of good news, America's high school graduation rate has steadily increased, hitting a record high of 82 percent in 2014. Given the grim employment and earnings prospects for high school dropouts, getting more students to the finish line is truly cause for celebration.

The good news continues if we look at what those graduates are doing right after they leave high school: about 70 percent are enrolling in college the following fall.

But this is where the story starts to change. If past trends hold, just over half of those entering their freshman year will earn a college degree in six years. And the earnings and employment prospects for those who end up with “some college but no degree” will be about the same as for the folks who decided against college. Both groups will find few other options to acquire valuable postsecondary skills and credentials, which while will make them acutely vulnerable to economic downturns and changing job requirements. Americans without a college degree are significantly more likely to experience bouts of severe poverty.

The failure of our higher education system to meet the needs of an increasingly diverse student population and rapidly changing labor market has not been lost on policymakers. Apprenticeship systems in Germany, Switzerland, and Austria - widely credited for maintaining low youth unemployment rates even at the height of the Great Recession - have been an inspiration to many. Since 2011, the Obama administration has made historic investments of over $200 million aimed at expanding both the number of American apprentices and the number of industries using Registered Apprenticeships to build their workforce.

But while Central European countries are often held up as models for the United States to emulate, what is often overlooked is that their apprenticeship systems all start in high school, usually during the last two or three years of a student’s secondary education. In the view of many experts, including the Organisation for Economic Co-operation and Development (OECD), this early start is key to their success. American apprenticeship, by contrast, has been aimed squarely at adults: in 2012, the average American apprentice was nearly 30 years old, compared to 17 in Switzerland and 18 in Germany. The current administration’s investments and policy development have benefited adult apprentices and strengthened ties between Registered Apprenticeships and postsecondary institutions, but have neglected high schools and their students.

The focus on adults probably doesn’t surprise anyone who follows education policy: Americans are generally uncomfortable with efforts to route high school students away from an academic path leading directly to college. Our wariness stems from a well-documented history of race- and class-based tracking of students into dead-end vocational programs. But though history weighs heavily on vocational education, we can nevertheless see important signs of change. Career-focused high schools like IBM's P-TECH program are proving popular with students from a wide variety of backgrounds. Career and technical education (now a more popular term than the historically loaded ‘vocational education’) is making a comeback in many states, particularly as they increasingly connect directly to college-level degree programs. A number of states are introducing “work-based learning” options into their high school graduation requirements. And a recent survey indicated an encouraging openness to apprenticeship among young people in Chicago, particularly once respondents understood that apprentices are paid for their time learning on the job.

We think it is time to reconsider the role that apprenticeship can play in American high schools. Our young people need options other than just enrolling in college and hoping they beat the odds. Well-designed youth apprenticeships can provide structured transitions out of high school that lead to good jobs and further educational opportunities. They can help young people acquire valuable skills, credentials, and work experience, all of which are strong predictors of labor market attachment and success throughout adulthood. Well-designed apprenticeship programs can also deliver math and literacy skills on par with academically focused courses, but do so in a way that is more contextualized and experiential. They can be particularly effective pathways to “middle-skill jobs”, which require postsecondary education but not a four-year degree. They can also strengthen linkages between high schools, employers, and the local economy, building a talent pipeline that is rooted in the community. Finally, and perhaps most importantly for many students and their families, properly-designed youth apprenticeships can be directly connected to postsecondary degree programs, opening up an affordable route to higher education and high-quality careers.

But while there are many good reasons to reconsider the value of youth apprenticeship, none of them make it any easier to actually implement such programs. American high schools are still organized around preparing students for college, not careers, which creates a host of practical and political challenges to setting up youth apprenticeship programs. High schools leave little space for students to participate in alternative forms of learning, and may in fact discourage them: outside of some two dozen states working to better integrate career and technical courses into their diploma structures, such courses may not even count towards graduation requirements.

Modern apprenticeships break from American traditions of classroom-based learning and will thus require significant flexibility and creativity on the part of school leaders. Over the next year, with the support of Siemens Foundation, New America will explore the opportunities and challenges facing the expansion of youth apprenticeship into American high schools. We are analyzing potential policy obstacles such as high school graduation requirements and federal and state labor laws, practical constraints like scheduling and teacher development, and the lingering social and cultural stigma associated with vocational education and race- and class-based tracking. We are also visiting states experimenting with youth apprenticeship, like Colorado and the Carolinas, and talking to students, parents, employers, and school administrators to learn about their experiences, concerns, and hopes.

Our goal is to develop a set of concrete recommendations on how to grow youth apprenticeship responsibly, as an educational strategy that opens up high-quality opportunities for high school students without closing any doors to career exploration or higher education. We will be blogging as we learn.  We invite you to join with us in our exploration – sharing ideas, lessons learned, and concerns – as we tackle these important questions.