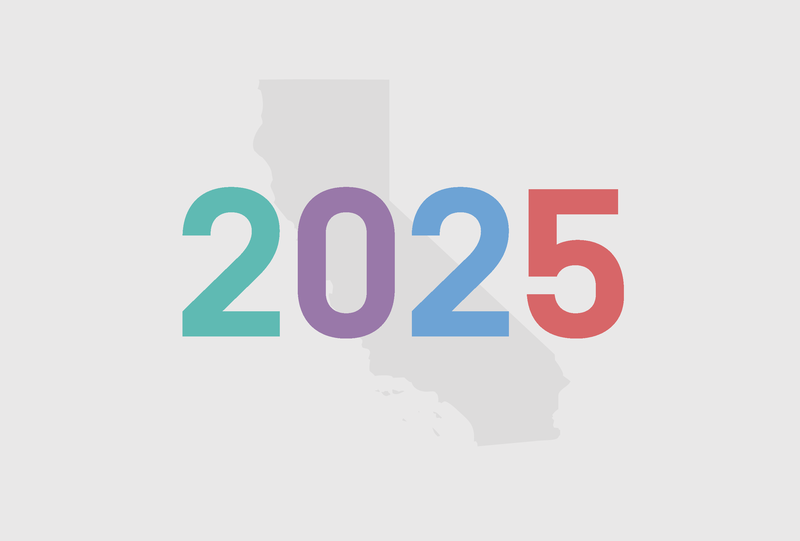 New America is reporting on how communities in California are reforming the way early childhood systems work and the way teachers are trained.  Our aim is to help the public and policymakers better understand how to improve teaching and learning so young children have a solid foundation for growth and development.

The articles in this series "Strong Teaching and Caregiving in California" will cover cross-sector collaboration between family child care providers and school districts, for example, and improvements in teaching for dual language learners. We will examine how communities are working to provide professional development to informal care providers, and we will look up close at how some districts in the state are providing unique training for principals to give them a deeper understanding of early child development. And much more.

There is a statue on the sunny streets of California’s state capitol, in front of the federal courthouse. The bronzed covered wagon memorializes the generations of families who came westward during the gold rush in search of opportunity.

Many found it. But in the Golden State, there is widespread concern among educators and advocates that if conditions continue, that opportunity may be a thing of the past.

Of the 1.5 million infants and toddlers in California, 53 percent are Latino, and 48 percent are low-income, according to the 2013 census. Nearly half of California’s children speak a language other than English. And New America’s recent report, Not Golden Yet: Building a Stronger Workforce for Young Children in California, found that California is falling down on the job of preparing its early childhood educators to adequately care for and educate this growing population of children, who, if trends continue, are at risk of falling far behind in school.

Attempts to provide this support have come in fits and starts during the past decade, with some significant backsliding during the Great Recession. Most recently, the state’s new transitional kindergarten program established a new grade level in public schools for 4-year-olds with fall birthdays. In addition, $75 million in funds from two federal Race to the Top Early Learning Challenge grants helped leaders work across counties to build the state’s quality rating and improvement systems (QRIS)—no small feat for a state that includes large metro areas like Los Angeles and rural counties that, as one advocate put it, have more cows than children.

But providers in the state are still reeling from cuts made during the Great Recession when one-quarter of early care slots were eliminated in child care and pre-K programs, and state spending per California student in public schools dropped by almost 22 percent. Governor Jerry Brown’s most recent budget investments have not come close to restoring these cuts, which advocates say have hit California’s growing population of low-income children of color disproportionately hard. A new report by the Urban Institute found, for example, that low-income children in Silicon Valley were much less likely to be enrolled in pre-K than their higher income peers. Statewide, according to recent estimates, as many as 35,000 low-income 4-year-olds still lack access to state pre-K, transitional kindergarten, or Head Start.

California’s landscape of fractured funding streams and programs reflects the state’s shifting policy goals, budget cuts, and lack of sustained commitment over decades to support young children. The governor’s most recent proposal—to establish an early learning block grant that combines funding for state preschool, transitional kindergarten, and the QRIS—has unnerved providers, who are fearful of losing what meager public funding they have.

Providers point out that, absent a coherent system and structure to support young children, making any change is particularly challenging.

But amidst all this, important work is taking place—nothing less than the beginning of systems change.

Today we release three profiles on California communities that, with new support from the David and Lucile Packard Foundation as part of its Starting Smart and Strong Initiative, are working to provide stronger teaching and caregiving in the state by 2025. These profiles from Fresno, Oakland, and a school district in East San Jose examine how these three communities are reforming how early childhood programs work and teachers are trained.

In Fresno, in the state’s Central Valley, national attention the city received for its high poverty rates helped galvanize leaders here to better align their systems to support children birth through age eight.  In Silicon Valley, San Jose’s new Educare is using a “teaching hospital model” to become a laboratory for educators of all types who care for young children in Santa Clara county. And leaders in Oakland are poised to begin a 10 year strategy that aims to create universal access to high-quality early learning for the city’s diverse population of young children.

We are also launching a new blog series on California today at EdCentral.org. Over the next year, reporters and analysts will write about insights from these three communities and others in the state. The aim is to help the public and policymakers better understand how to improve teaching and learning so young children have a solid foundation for growth and development.

The blog posts will cover cross-sector collaboration between family child care providers and school districts, for example, and improvements in teaching for dual language learners. We will examine how communities are working to provide professional development to informal care providers, and we will look up close at how some districts in the state are providing unique training for principals to give them a deeper understanding of early child development. And much more.

One sign that this collaborative approach is a smart one is the joint letter to Governor Brown that a group of education organizations recently signed, responding to the Governor’s recent budget proposal. The letter called for a stable funding stream for early childhood programming. This was the first time such groups have worked together and responded with one voice.

Camille Maben, who heads up the state's First 5 Commission, points to this letter as an important sign of improvement. Speaking recently at a meeting in Sacramento, Maben described change in California as akin to “turning an elephant in a bathtub.” Because of the state’s size, great diversity and emphasis on local control, these shifts can be very difficult. But change, says Maben, however slow, is coming.

“The revolution may be a little quiet at the moment,” she said, “but there are a lot of conversations going on about how to get there—in a way that we never have done before.”

Over the next year and beyond, New America will be covering California in partnership with HiredPen (the communications firm I co-founded with Barbara Ray). If you live in California, let us know about ideas and issues affecting your community, and check our California page at EdCentral.org for recent coverage.

This ongoing reporting is made possible by a grant from the David and Lucile Packard Foundation.