What I learned from a month-long road trip talking to cyber leaders across the country. 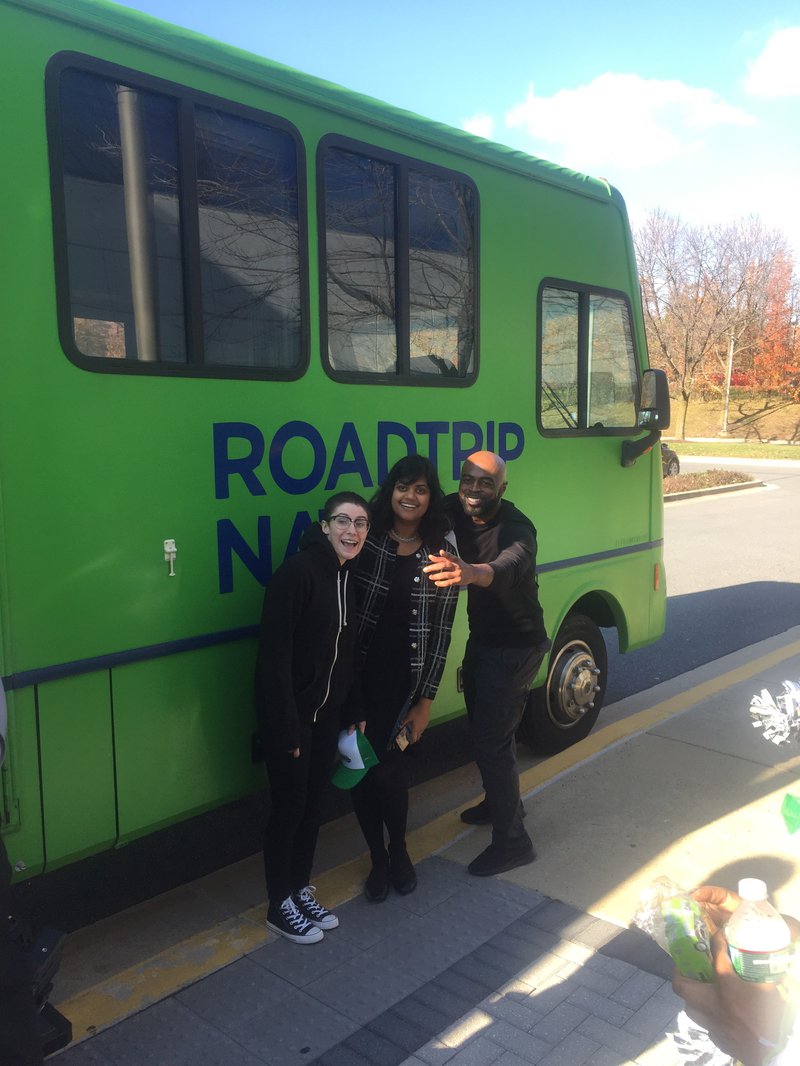 Mansi Thakar obtained her Masters in Cybersecurity Operations and Leadership from University of San Diego and currently works for Playstation, Sony. She is featured in a PBS Documentary #LifeHackers. It’s a story about three young people who want to break into the field, and their cross-country road-trip interviewing cybersecurity leaders to learn more about it. Below, she shares journal excerpts from her time on the road.

Today was definitely a major day for the books.

We spent the morning of our first official day in Austin at the IBM Corporate Campus with Charles Henderson. Apart from being the Global Head of X-Force Red, he is also involved in vulnerability testing and the information security community in general. Henderson’s initial warning to us: don’t ask him for advice on the local eateries, since he spent more time on airports than he did in Austin. He jokingly added that if we ever needed suggestions for the best airport food, he was the go-to man. With that joke, he hooked me – because it confirmed one aspect of a cybersecurity career that drew me to the field: its flexibility. Gone are the days of being chained to our desks all day every day. In cybersecurity, it doesn’t matter whether you work in PJs or from top of the Eiffel tower as long as the work gets done.

Flexibility was far from a hallmark of the career I was pursuing before I discovered cybersecurity. Back then, my goal was to become a doctor after completing my Bachelors in chemistry. But after my mom’s email was hacked I became curious about the field of cybersecurity.   Now, I’m fondly called the “Doctor of Digital Hygiene” by peers and students alike. I’m still constantly learning about the field, and was glad when Henderson shared something else important with us: He said that not having a technical background won’t hold you back from excelling in pen testing; there were people on his team who had degrees in music. Pen testing is when  a cybersecurity professional works to break the system in order to see how secure it is.

He also debunked the myth that information security is a solo job, and insisted that collaboration is the key to solving any problem. X-Force Red is especially cool because they cover the different facets related how an attacker can “break in” such as application, network, hardware and HUMAN. They seek out individuals with different specialties in order to create a cohesive group. The vibe was that of a startup with the resources and backing of IBM – aka the best of both worlds!

One of the major reasons I came on this month-long roadtrip with Antwan and Emily was to add some sort of definition to my blank career canvas. Because cybersecurity expertise is so transferable and applicable, it had been hard for me to settle on a career goal. But without a goal, I couldn’t move forward. What I did know is when you’re a modern-day tech protector facing millions of malware threats, you need backup. That’s why I’m drawn to the space where cybersecurity meets machine learning. I want to help shape how we meet the growing magnitude of cyber threats through data and automation. This challenge energizes me—the same way I’m energized by the challenge of being one of the few women in the field, even though it’s sometimes difficult. I know that what I achieve can have a ripple effect and inspire others.

An ideal example of where cybersecurity meets machine learning is NSS Labs Inc. So to have a chance to converse with its chief executive officer was a jaw-dropping moment. As I had mentioned in our UMUC Launch Event (click it to see the live video!), one of the leaders that I was most excited to meet was Vikram Phatak. Even before I knew who he was, his interaction with me in this past summer was kind and generous. I had tweeted to NSS Labs for an internship opportunity, and Pathak immediately replied and helped me get in touch with the appropriate people. When Roadtrip Nation asked each of the roadtrippers who were the top five leaders we wanted to meet – Vikram Phatak was no. 1 on my list.

He exuded love – love for his work, love for his family, and love for us. I was high on nerves, but his calm aura grounded me during the interview. We spoke about everything from his first interaction with computer, to pursuing economics as a career, to re-uniting with computers. Along the way he weaved in practical industry advice, key advice on life, and humorous anecdotes.

He told us that the best way to get into the field was to immerse yourself in it. Pick something apart. Do independent research. Get involved in the information security community. I officially have started to make a list of things to dive into as soon as I land home after the trip.

Today we met Lisa Jiggetts. Founder and CEO of Women’s Society of Cyberjutsu (WSC), Jiggetts brought in an “alive” vibe. Her laugh was contagious and all three of us instantly relaxed and continued to have an insightful conversation. Like many of our previous interviews, she emphasized to not give up in the face of career adversity. “What’s the worse that can happen? You will get a ‘No.’ But you learn and get ready for the next one.” Sharing her own journey and curiosity for figuring out how things work, she told us that we must have home labs (done!) and start tinkering around with them. I’m a huge fan of how approachable WSC is because as a newbie I haven’t found a comfortable and safe space where I could ask the “stupid” questions. She also shared success stories of women in their mid-50s coming from a background of accounting and gaining a job within a year or two of training.

After the interviews, we sat down and reflected on our journey so far. With only a week left, each of us considered  what was life going to be like post-#CybersecurityRoadtrip. All of us were afraid. This month long trip was a bubble in which we could ask questions, gain wisdom, and travel with cameras in our faces. But Emily grounded us by asking: What’s the point of learning something if we’re not going to implement it? The time to put the wisdom and knowledge gained on this trip to use is coming up.

You can find more blog entries from the road trip here and you can watch the Life Hacker documentary here.