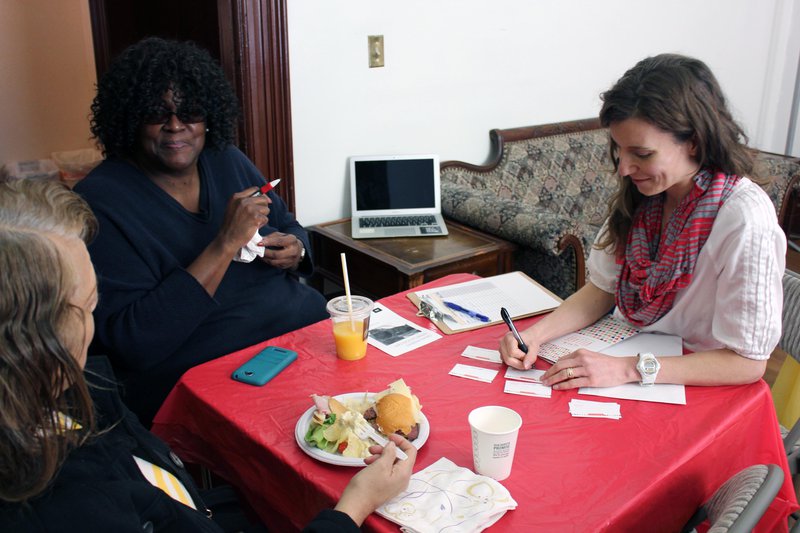 Continuing our series of inspiring stories from speakers at #RiseLocal, this week's blog is authored by Karina Moreno, Managing Director of Programs at Tipping Point.

For three years on my way to work, I saw the same mother and daughter sitting on the sidewalk outside the Montgomery Street BART station. Most days they were reading books; they always had a sign asking for help. It struck me because the little girl was about my daughter’s age - four, then five, then six. Some days I gave them money, a few times I spoke to them, but mostly I walked by, uncomfortable.

We all have stories like these: the daily despair on our streets.

It often makes me feel hopeless. But then, I get to work.

Tipping Point has one relentless goal: to fight poverty in the Bay Area.

The causes of poverty are complex and pervasive – sometime they seem all but impossible to confront. We know that investing in direct service is important, but that it won’t get us all the way there. We have to take risks and try new things. That’s why we invest in R+D to design and test new service models in the fight against poverty

Last year, the world’s largest companies spent a combined $680 billion on research and development. In the non-profit sector, we spent next to nothing. How can we expect non-profits to tackle massive social problems if we don’t give them the capital or autonomy to think outside of the box?

The language we use to discuss private and nonprofit business models further highlights the disconnect. In the for-profit sector, we talk about building “infrastructure,” which sounds essential, as it should. Among non-profits, costs associated with operating and fundraising are often referred to as “overhead” or “administrative expenses,” and spending more than 20% in this category invites harsh scrutiny.

At Tipping Point, we want to shift this standard. If companies like Apple, Google, and Levi’s have innovation labs, why shouldn’t we? Three years ago, we established a pilot program called T Lab. We identified three gaps in our portfolio - affordable childcare, early childhood education, and prisoner reentry. Then, we got to work:

After testing and completing these and other initial projects, we made the decision to integrate R+D into Tipping Point’s poverty-fighting approach. We’ve invested almost $5 million in R+D projects to date, and we intend to keep going.

This is uncharted territory for the non-profit sector, in part because this work can take years to produce tangible results. We have to get comfortable with longer time horizons, even with failure. In the pharmaceutical world, it takes over a decade for a drug to travel from lab to market, and only 10% actually do. But those drugs that do make it can save lives. As funders, we have to be equally prepared to “invest to learn.”

At its core, this work is about people. It’s about that mother and her daughter on the sidewalk. It’s about people who strive to build a better life against incredible odds. We are committed to learning so that we can serve them – and others - more effectively. We must innovate, because they deserve better than business as usual.

Karina Moreno is the Managing Director of Programs at Tipping Point Community. She oversees grantmaking, evaluation efforts, and strategic partnerships, working to expand our grantees’ capacity to serve low-income people across the Bay Area.

Check back every other Tuesday for a new story of local innovation, #RiseLocal. Next up, Lenny Mendonca and Laura Tyson write about the importance of local action.