Their absence impacts the policies we make. 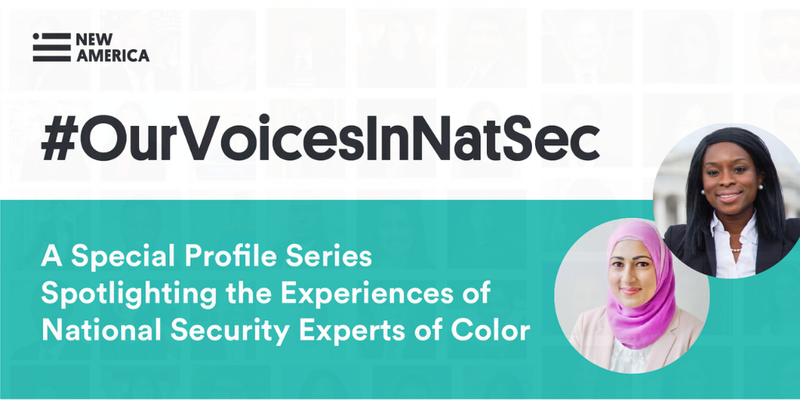 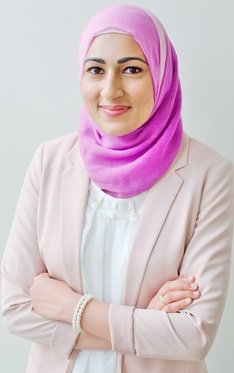 Wardah Khalid is a policy analyst, activist, and speaker on U.S. foreign policy in the Middle East, refugees/immigration, and Islam in America.

She currently works on Capitol Hill as an APAICS Congressional Fellow and is the Founder and Board President of Poligon Education Fund, a national civic education and advocacy organization dedicated to strengthening Muslim American engagement with Congress.

#OurVoicesInNatSec amplifies the voices of experts of color in the foreign policy and national security space, while shining a light on the barriers they face, the resources that help them navigate the space, and the cultural and structural changes that must be made to ensure their inclusion and thriving. These pieces seek to provide knowledge and insight to those entering the field and those seeking to make it more equitable.

The Better Life Lab and the Diversity in National Security Initiative sat down with Wardah Khalid as part of the #OurVoicesInNatSec profile series. Our conversation with Khalid has been edited and condensed for clarity.

What informed your decision to leave public accounting in pursuit of a career focused on the foreign policy, national security, and civil and human rights?

Even before I started college, I always had this vague idea that I wanted to work at the United Nations. While I was working as an accountant in corporate tax consulting, I started writing a Houston Chronicle blog called Young American Muslim. That was a way for me to try to bridge the gap between my experience living as a Muslim American, young woman in Texas and the images I saw in the news, in media, and the movies. I felt like other people were defining my narrative for me; people who weren’t Muslim were trying to paint me and my community as something we were not. I wanted to be able to define my own narrative.

When I first ventured into the policy space through my writing, my goal was to educate in hopes of quelling misunderstanding and misinformation that was out there about my faith. As I got more involved in blogging, I began to see the connection between our foreign policies and how they impacted people at home, in the U.S., and people of my faith or similar ethnic background living abroad. The war-first approach of certain policies pushed me to ask, “Where has diplomacy gone?” It really made me uncomfortable and motivated me to go do something.

So after a few years of writing the Young American Muslim blog and getting involved with civic engagements in my community, I decided that I wanted to get a masters degree in foreign affairs. I’ve continued to bring a human rights, human centered, and educational approach alongside media in all my national security and foreign policy work.

How did Islamophobia impact your decision to enter this space as well your journey thereafter?

It played a huge role. Seeing Muslim students surveilled after 9/11, Muslim and Arab men disappear after the attacks, the anti-Muslim frenzy around the "ground zero mosque," and attacks on innocent Muslims (and those that appeared Muslim) pushed me to do my part to make a change.

When I decided to leave the business world of accounting in pursuit of the foreign policy space, I was especially concerned with the Islamophobia surrounding President Obama's election and the aftermath of U.S. foreign policies (invading Afghanistan, entering war with Iraq, etc) which contributed to it. By this time, the multimillion dollar Islamophobia industry had reached its peak.

The first time I heard about Islamophobia was during my senior year of college when the Muslim Students Association hosted a presentation about it. I remember thinking, ‘What is that?” It was the first time I’d heard of the term. Islamophobia and its impact were made that much more apparent in light of Obama’s presidency, likely because he was a Black man and had a Muslim father.

Why is it important that experts from differing racial and ethnic backgrounds are able to bring their cultural knowledge and experiences to the policymaking process?

Changing the world will require the inclusion of racially, ethnically, and religiously diverse people with actual knowledge of other cultures and religions in the policy making process. For far too long, our populations have been missing in this space or underrepresented, and their absence impacts the policies that we make. Somebody who doesn’t have the cultural understanding or looks at the Middle East or Asia through an oriental lens is not going to be able to make the best policy decisions as an individual who would prefer to examine an issue through a human rights lens. Sometimes that human element goes missing because we don’t have people who understand the culture or the faith sitting in the room. We have to think about that when we make decisions.

What are major roadblocks to experts of color navigating the field that need to be dismantled?

The U.S.’s diversity is its strength; it is one of the few countries in the world that has people of all backgrounds. However, our government agencies don’t all reflect that due to hiring practices and inaccessible networks.

My biggest roadblock has been facing the reality that the current system can be unwelcoming of diverse candidates or candidates that don’t have the right connections, despite them having all of the credentials. Many government positions make it an uphill battle for people of color or religious minorities to enter and serve due to unclear or unfair hiring practices, complicated and discriminatory security clearance processes, and networking/know-how that is difficult for people outside the DC bubble to access. When you have cultures and systems designed to keep people of color out, it makes it very hard.

What (and or who) has helped navigate the national security space as a person of color?

Growing up in Texas, I didn’t know anyone who worked in any branch of government —I had no exposure to that. When I came to D.C., I learned that there were people who had known since they were kids that they were going to intern for a member of Congress in their district or D.C. office during college. They knew to apply for these State Department and White House internships to get their foot in the door.

I sought out support from professional groups that uplift women (such as #NatSecGirlSquad, Foreign Policy Interrupted, Women in Foreign Policy Network) and women of color (such as WCAPS). I also received guidance from established groups (like Truman National Security Project, APAICS, and Scoville Fellowship) that are making a sincere effort to uplift diverse voices. Organizations like these give knowledge and access, which are hard to come by. After an APAICS networking event, I reached out to one of the guest speakers, who previously served in the Obama administration, and had a one-on-one call with him about my career—that’s huge! These organizations provide access for more people and they really show you the ropes. Not only that, they bring diverse perspectives and ways of thinking to the issues.

We’re not creating diversity focused organizations and initiatives because we want to toot our own horn. We’re doing this because we realize that there is a problem, and increasing diverse representation is a necessary step to solving it.

What would you like to see change to create a substantively and sustainably more diverse and inclusive national security space?

Keep pushing. This space desperately needs our voices and perspectives. The road won't be easy, but hopefully it will be worth it for future generations who won't struggle as much to enter this field.

Khalid holds a Masters in International Affairs from Columbia University's School of International and Public Affairs. Additionally, Wardah is a CPA and received a BBA and MS in Accounting from Texas A&M University.